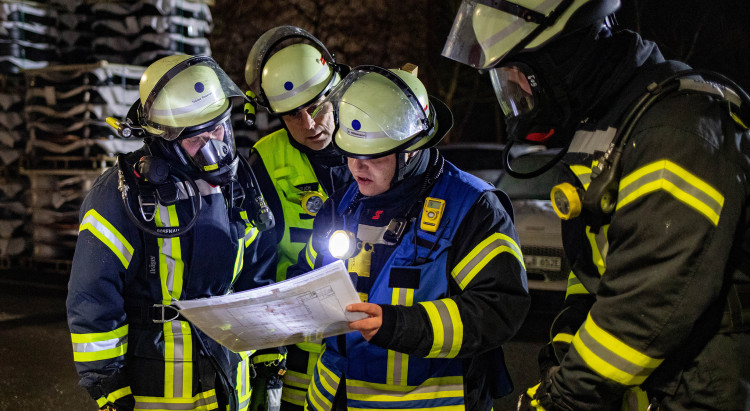 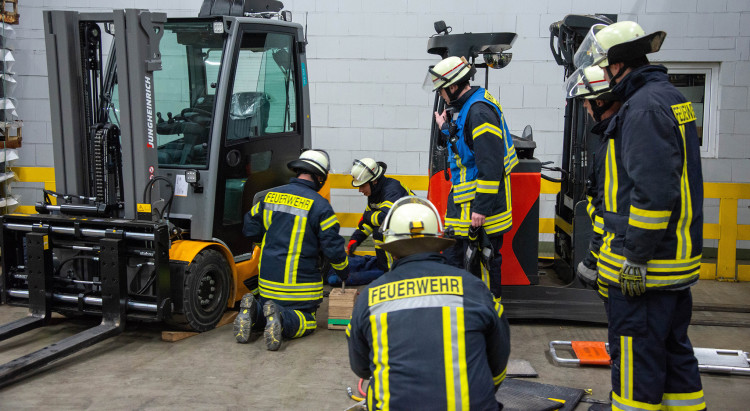 In order to simulate an emergency, 27 firefighters from the Medebach fire brigade went out for the last exercise of the year on 19 December 2022. The message was: triggered fire alarm system, heavy smoke and four missing persons in the administration wing of the wheel manufacturer.

The Medebach volunteer fire brigade planned the scenario in consultation with the plant manager Peter Zander, the production manager Detlef Schüngel and the fire protection officer Bernd Hellwig of the BORBET company. Due to the long-standing cooperation in partnership, the training of the emergency forces and the knowledge of the local conditions on the factory premises are constantly refreshed.

After the overall situation had been sounded out, two attack teams under breathing protection entered the artificially fogged first floor. There they searched for the four missing persons, represented by members of the youth fire brigade. The rescued persons were carried into the open with stretchers for first aid.

While the people were still being rescued, the volunteer firefighters were surprised by another scenario planned by Fire Chief Inspector Klaus Schnellen. In the production area, a person was trapped under a forklift truck. The accident victim, in this case a dummy, was freed by means of lifting bags, hydraulic spreaders and underlay material.

After the operation, Herbert Kordes, head of the Medebach volunteer fire brigade, held an initial meeting with all the comrades and those responsible from the BORBET company.

Overall, all participants were satisfied with the rehearsed emergency cases, but agreed at the end: "We hope that we will never have to use the knowledge and experience gained in a real emergency case.